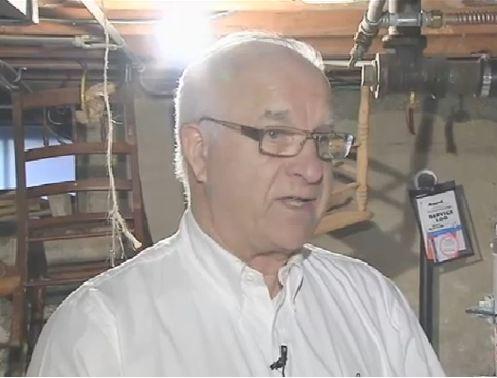 In this segment Gene E., an Oregon homeowner. explains his basement water problem. Gene had a leaky foundation that he tried to patch himself many times but continued to find water in his basement. When he got tired of patching and re-patching the wall he called John’s Waterproofing.

John’s Waterproofing decided that the best solution for this problem would be to install a sump pump as well as an interior basement drainage system. To fix this problem from the outside it would cost upwards of 30,000 dollars and only be under warranty for 10 years. John’s system costs only a fraction of that and is warranted for life!

Gene also had a moisture problem in his home due to his crawl space. This is because half of the air in your home comes from your basement and crawl space. Because of the moisture problem Gene was worried about the potential mold growth that could one day be thriving due to the damp, moist conditions. John’s Waterproofing remedied this by sealing the crawl space with a vapor barrier. Gene now uses his basement as a livable part of the home.

John’s Basement Waterproofing Company specializes in basement waterproofing in Lincoln City, OR and other surrounding areas in Oregon and Washington.

Back to Previous Page
Back to News & Events