Ron had water damage in his crawl space after having a pipe burst. He needed help from our plumbing department as well as having his crawl space encapsulated to prevent future mold issues in the future. The pipes were repairs and the encapsulation consisted of a Sedona dehumidifier, installing a SmartSump and an UltraSump. The mold was taken care of and the old soggy insulation was removed. CleanSpace was put in, isolating the support posts, new vent covers, and then Fernando was able to come out and put the Spray Foam insulation in. Ron no longer has concerns about mold or water underneath his home. His pipes are working the way they should and will for a very long time. 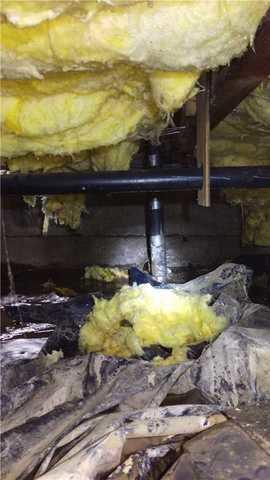 Falling insulation from being saturated with moisture 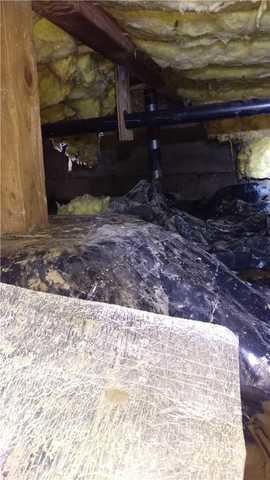 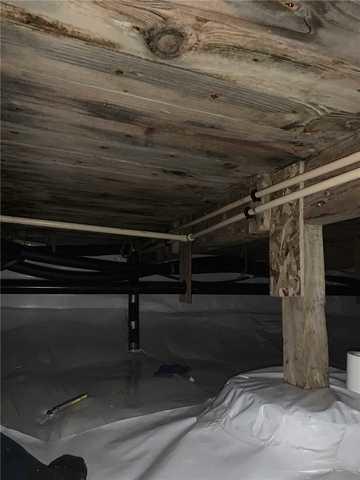 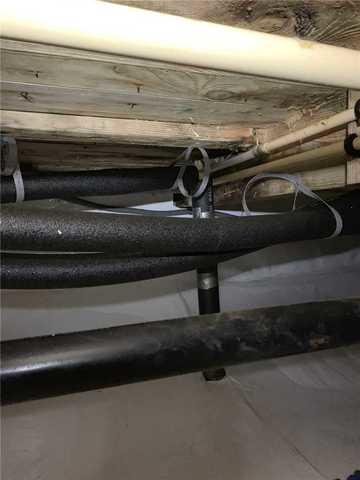 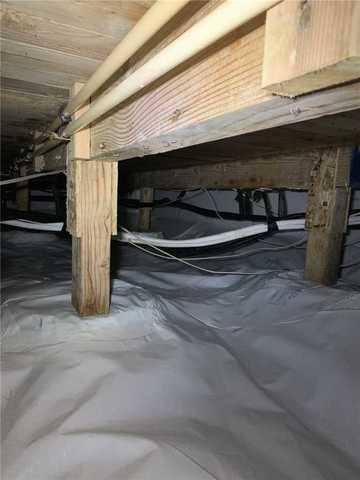