The homeowners have a home built in the 1920's. While remodling, they updated the kitchen, and did the sink drainage pipes themselves. The new sink was much deeper then the previous one, which lead to some difficult piping. While the system had worked (ish) for about three years, there were minor leak problems, and drainage issues if large amounts of water were being used. As the years progressed this got worse. When the drain leak burst, it was time to call Johns! Johns plumbers came and fixed it all up, updating the old galvanized drainage pipes and adding new plastic pipes. The drain pipe also was updated to a wider width to accomidate the water flow of the new sink so the drain could handle the water flow properly. While the old house still has old galvanized pipes that will need to be updated, Jessica and Chad know they will be able to call Johns to get the job done beautifully! 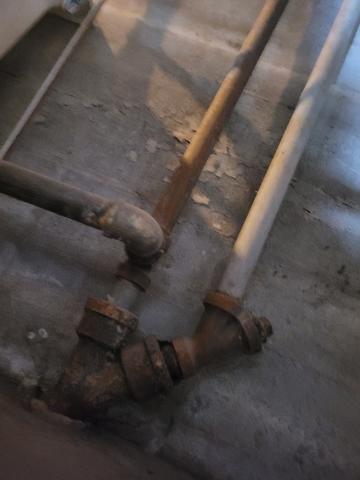 The kitchen sink and drainage pipe connect with the 'Y' pictured. These galvanized pipes are well past their time, and the drainage pipe on the right is only two inches wide, not providing enough room to accommodate water flow. 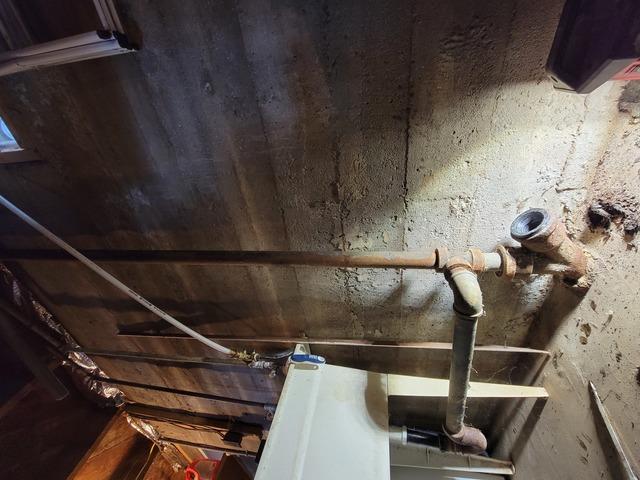 To meet the water flow demands, the old drain pipe was removed, and cleaned up. 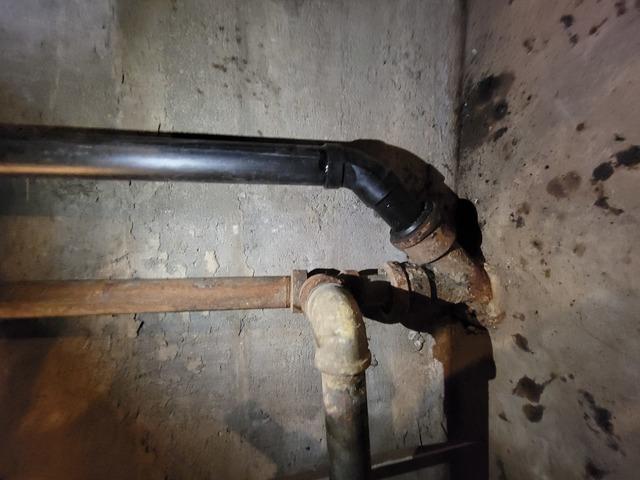 A new two and half inch drainage pipe was connected to the old pipes. 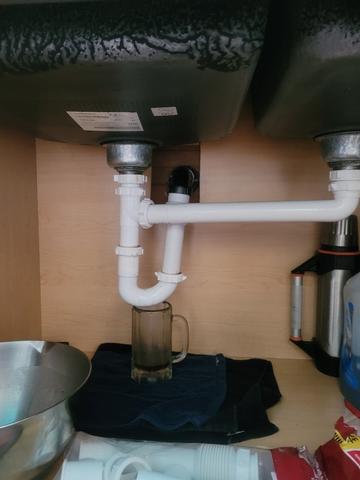 Under the sink the odd install job can be seen. With the leak worse than when it was installed, the homeowners had to place a towel and cup under the system to use the sink. Due to the exaggerated 'U' on the system it would hold water at the base causing the water to sit. 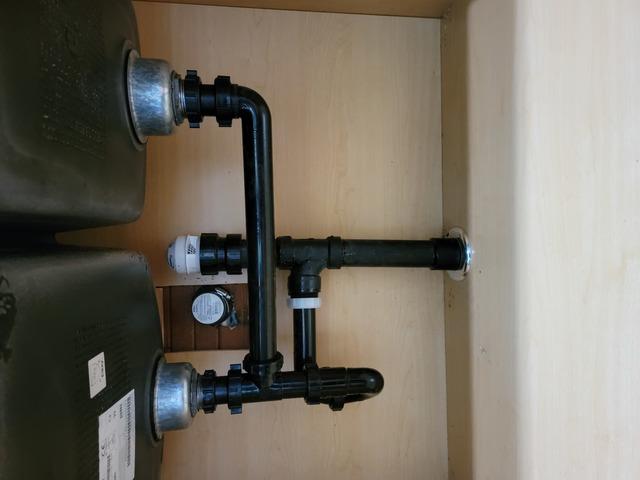 To make the new drain work, the drainage pipe was put down through the cabinet since the old wall pipe was difficult to fully access with the deeper sink. A filter was added to the system and the old pipe in the wall was capped to finish off the project.