The customer was concerned about mold growth, and that they had spots where their floor was sinking. They found two posts that were in need of repair, as they had started to shift off the concrete bases. 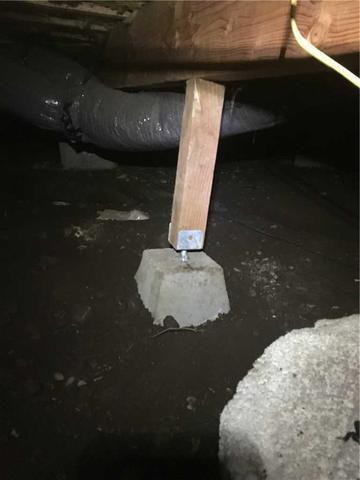 The new post to stabilize the joists, and giving the home more support. 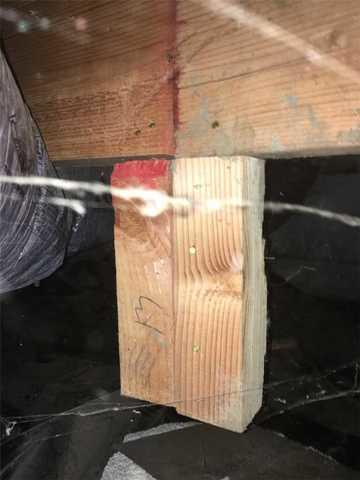 The moisture in the soil caused settling and compacts the soil down, making things shift and doesn't give it uneven ground support. 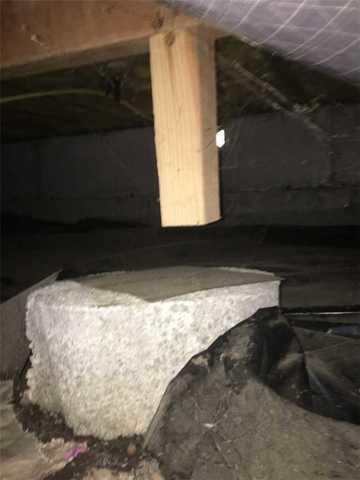 The old post had no support or any form of attachment to the concrete from the house settling.